Review of M1 Finance Borrow Plus, or How I Escaped a Crappy Car Loan by Refinancing with M1

Car loans are painful. M1 Finance “Borrow Plus” can ease the pain, turns out. Pull up a chair, I have a tale to tell.

Cars are terrible, terrible money pits. You know the adage “the boat owner’s happiest days are when he buys the boat and when he sells the boat”? In my experience, owning a car is kinda similar… except that neither end of it is really true: buying a car is a soul-sapping exercise in negotiating with some fake-tanned slickster in a bad suit, ultimately feeling like you got screwed no matter what, and then settling into the reality that you’re tethered to an “asset” that will rapidly depreciate the moment you drive it off the lot. Finally selling the thing would be great if you ever felt like you were coming out on top, but if you have a modicum of decency you can’t bring yourself to pawn your corrode-mobile off on some poor sap–even a complete stranger–at the high end of the kelly blue book range.

ANYWAY… I recently bought a car. It was every bit the soul lashing I expected. We had a two-week old who required less dubious air conditioning; a car that inspired more confidence than our 2006 Subaru that made a persistent clicking sound when you turn left. We had moved to a small town to escape the pandemic, and no longer had a city to bike around. So here I was, weighing fuel economy against cost, agonizing over consumer reports, poking around Craigslist for a hidden gem. In the end, I probably got bent over a barrel, every bit the mark they took me for when I walked into the dealership all disheveled from lack of sleep and dadding.

I settled on a lightly used, recent-model Rav4 Hybrid (very satisfied so far, btw). The jabroni on the sales floor didn’t budge much on price; at the height of the pandemic, new model supply was depressed, pushing up demand for low-mileage used cars. And when you’ve got a newborn and you’re shopping for high-consequence, essential tools of day-to-day life, you find you don’t have much leverage. But I digress.

Interest rates were generally in the cellar, and my credit score is fine, so I should expect a palatable rate on the car loan, right? Nah. Apparently even a car a couple years old increases the risk rating for the lender and jacks the rate. That or the finance guy at the dealership didn’t even try, he probably knew I was in too deep and would accept whatever they threw at me just so I could get out of there. Which was true.

SO… to the numbers:

The interest rate wouldn’t really have moved much with a larger down payment. I sought other solutions. I had M1 Finance on my radar already. I had some cash to deploy from the sale of our house. I noticed a unique quirk of the M1 suite of offerings: you can borrow against securities purchased through the platform, in other words borrow against your assets held through the M1 app, with that AUM as collateral. The current rate offered through M1 Borrow Plus is a minuscule 2%

Sounds pretty esoteric and weird, right? Not really. The process turned out to be really simple.

M1 Finance Borrow Plus in Action

Here’s how it played out in my case:

So what was the net impact of this debt switcheroo? I set up $400 monthly payments to M1 to rock through the balance, and so the loan servicing will ultimately shake down like so:

What’s more, my M1 Finance “moderately conservative pie” is up 6.76% so far, so I actually have a cushion of $1,500 more that I could borrow if I wanted to. If you like to roll the dice, you can borrow against your AUM to simply reinvested. I’m not in an overleveraging state of mind right now, so I’ll leave that to a future episode of Righteous Money’s Journey Through Weird Finserve Apps. 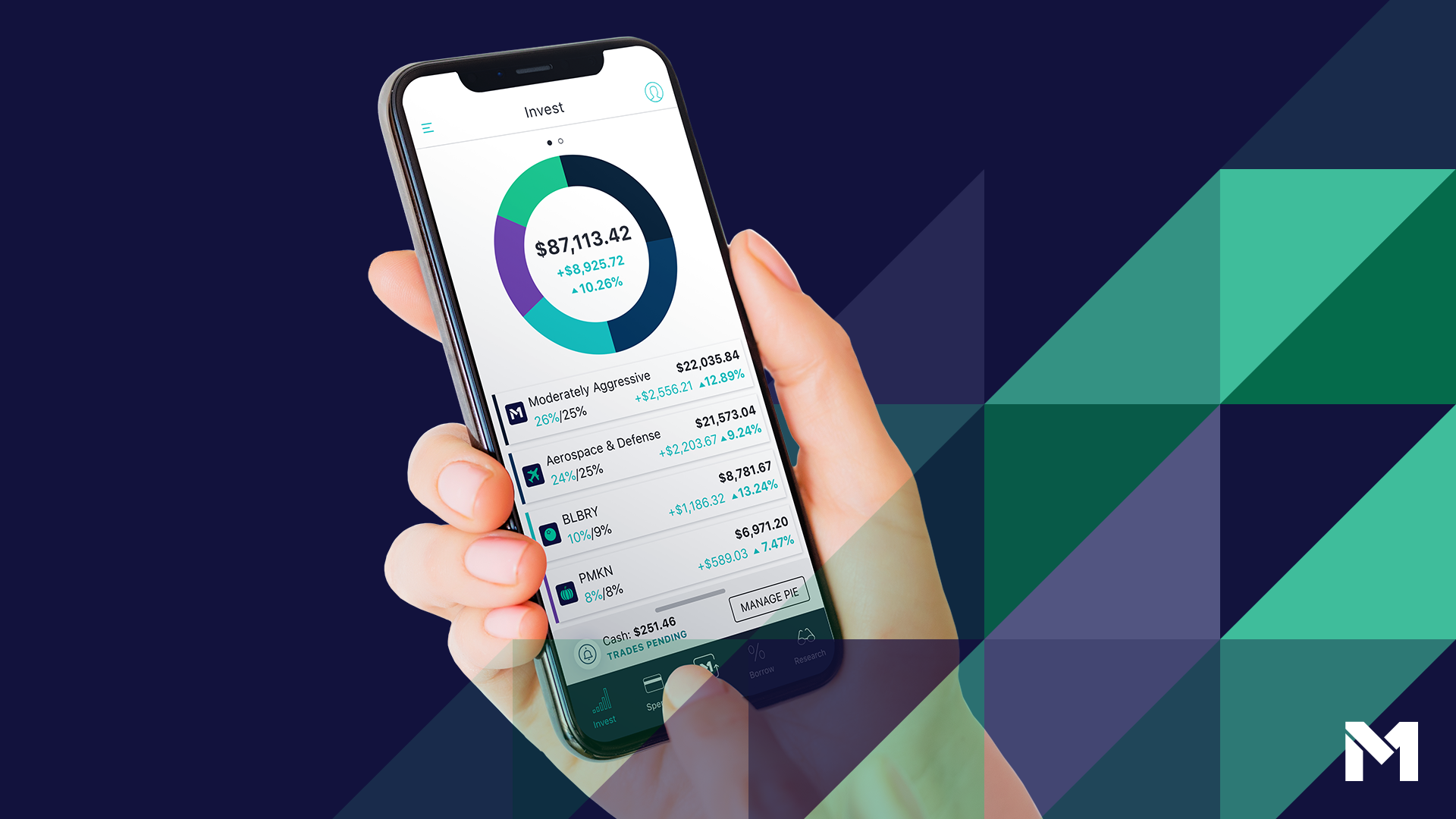 I realize that not everyone has windfall from a home sale that they can use to facilitate such a refinance via M1 Borrow, and I certainly feel thankful to have had the opportunity. Fortunately the minimum account balance in order to use M1 Finance’s Borrow feature is $10k, so a more modest portfolio can still grab $3,500 at a screaming deal of an interest rate. If nothing else, this can kickstart your principal repayment on a higher-rate loan and help you reduce the overall dollar amount of interest paid on a car loan. This could also be used, for example, as a low-cost way to bridge yourself to a 20% downpayment on a house and avoid PMI.

So, two big thumbs up and a champagne toast for M1 Finance’s “Borrow Plus” feature. This is a super easy, painless way to refinance and get your money away from a high-interest loan from a crappy goliath of a bank.

What is ESG Investing?